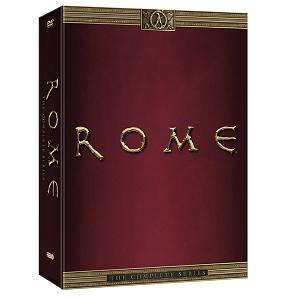 RECOMMENDED AGE: 13 and up
SKILLS: HISTORY

•  The Rome TV series is a popular TV series about the history of Rome.
•  Award-winning TV series.

Rome: The Complete Series is a very popular award-winning TV series which examines the history of Rome. HBO did not crimp on the budget on this production, with amazing details, great performances, lavish sets which recreate accurately life in the Roman Empire (historians were actually used to create this series). The DVD is also interactive and includes bonus material. The only negative here is that it is PG-13, therefore you should not watch it with younger children.

By watching this entertaining TV series, viewers learn about the history of Rome and the lifestyle of the ancient Romans.